Theology of the Body – A Ticking Time Bomb?

Catholic writer and commentator George Weigel wrote in his 1999 biography ​Witness to Hope that Pope St. John Paul II’s work ​Theology of the Body ​ was a “theological time bomb set to go off with dramatic consequences sometime in the third millennium of the Church”. That’s quite the claim, especially bearing in mind that the Catholic Church develops her doctrine carefully over many years. What is so new here, and so revolutionary that it is positively explosive?

Well, on the one hand there is nothing new under the sun. The Church has recognized the dignity of the human person from her earliest days, and has a clear doctrine on marriage and sexuality. But what John Paul II gave us in the 1980’s was a deeper and clearer articulation of the meaning of something which is right before our very eyes, something as integral to us as the air that we breathe. John Paul II deconstructed and re-presented to us nothing less than what it actually means to be human.

This is a big undertaking indeed, something which required this ‘pope of the family’, as he came to be known, to spend over 5 years’ worth of Wednesday audiences unpacking. He constructed a masterpiece, compiling it into a tome entitled ​Human Love in the Divine Plan, more commonly known as ‘​the Theology of the Body ’. We know that we are made in the image of God, but how? What does that ​actually​ mean? And what implications does it have for our daily conduct and our relationships with others?

Well, using our bodies, we make visible the invisible reality of God. That sounds a bit abstract, but fundamentally, God is pure spirit, existing from all eternity in a relationship of love between Father, Son and Spirit. God made man to “​transfer into the visible reality of the world, the invisible mystery hidden in God from time immemorial, and thus to be a sign of it” (John Paul II, 20 Feb 1980). God is love, he is beauty, he is truth and he is family. In our bodies, we make visible these realities of God.

How we live and how we treat our own bodies and those of others matters very much. We believe in the resurrection of the body – our body is not less than our soul, a vehicle we use to enable us to get through this life until we discard it when we enter into eternity. No, it will be resurrected at the end of time, and glorified in heaven. Christ redeemed us in his body; his human body was assumed into heaven, and now human nature dwells in the godhead for eternity. We should be in no doubt about the importance of the human body – it has an innate dignity and can be used for good or for ill. Well aware of the importance of body language, we know that our bodies can speak louder than our words.  We use the body to hug or to slap, to show courtesy and manners, or to act in a boorish way, embarrassing both ourselves and others. Emily Stimpson has a great book called ​These Beautiful Bones ​ in which she explores these elements of the Theology of the Body, but the most common application of this remarkable clarity of Church teaching presented by John Paul II has been in the area of sexuality and marriage. And this is why, perhaps, it is seen as such an important body of work.

The Church has long held that whilst a person’s sexuality is not limited to physical sexual expression, its primary purpose is for the procreation of children within marriage. This is not to say that it’s only about making babies, but rather that sexual union is the full expression of marital intimacy and this communion is naturally ordered towards new life. Here the body reveals the life giving nature of God himself – the total giving and receiving of love which manifests itself as another person. This was, for me, the most life-changing aspect of this understanding of human sexuality and is unpacked and explored ​here​.

But back to the timebomb. Why here and why now? Well, perhaps because we have lost ourselves and the meaning of what it means to be human. Perhaps, during times gone by, many people didn’t give it much thought. You got married, you got a job, raised a family and tried your best to contribute to society. Anthropologists and philosophers were in the business of analysing the human condition, but for the average man, life was something you just got on with and raising babies is what you did.

But then came the sexual revolution of the 1960s. The contraceptive pill separated sex from babies, freeing up individuals to have the physical pleasure divorced from the love and the babies. For the first time, contraception was regarded as firstly permissible and shortly thereafter as a necessary and intrinsic good. But when you take what is hardwired into our human nature and distort it, it rarely ends well. Pope St Paul VI predicted this in his encyclical ​Humanae Vitae​ when he said that women would be increasingly objectified, infidelity in marriage would increase because it would be easier to ‘get away with’, there would be a lowering of respect for human life, and governments could use this technology to control their populations. All of these predictions have come to pass and we are not the better for it. We are broken individuals, seeking love in the wrong way because we do not know who we are or what we are made for. We don’t know that something far more noble, more beautiful, more powerful and more fulfilling is waiting for us than consequence-free sex. Yes, it requires commitment and sacrifice, but what in life worth having comes without effort?

We have the answer. It is not popular because it requires trust and surrender, as well as commitment and sacrifice. But once we take the leap, it will change our lives and our marriages in ways we could not have foreseen. This is what our society so desperately needs, and I think that this is what Fr Karol Wojtyla knew in the decades before he became Pope John Paul II. And so in the ​Theology of the Body ​ he takes us ‘back to the beginning’, to look again at God’s design for man, and leads us, bit by bit, into understanding what it means to be a man and a woman capable of life-giving love, so that we are journeying even now towards our destiny, communion with the divine bridegroom, Christ Jesus, in the marriage supper of the Lamb. 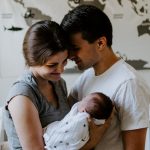